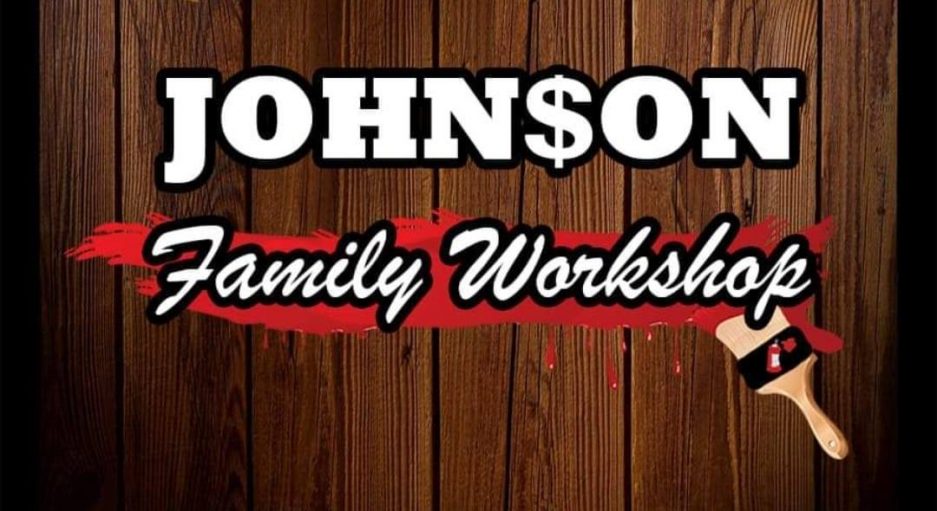 Our plan was to have a relaxing weekend.  That rarely ever happens and this weekend was no different.

Friday night Don and I decided we would spend some time without the kids.  We headed to a local hole in the wall that we frequent often, The Harlem Tap Room.  It’s really not a whole lot to it.  It’s pretty laid back and drama free. 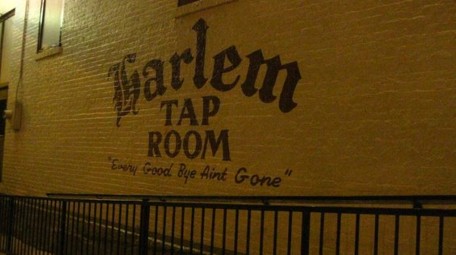 Saturday morning we got up early to catch Finding Dory.  I just had to see this movie.  The girls got to tag along. Jordan thought he was too cool to hang out with us.  The movie was scheduled to start at 10:45am.  We arrived closer to 10:50am.  It was extremely crowded so we bypassed the movie.  We passed a local furniture store on our way to the movies. The girls are fascinated with bedroom furniture since they are anticipating getting their own rooms soon.  They suggested we do some furniture shopping.  Don was ready for lunch so we stopped by Wendy’s for a quick lunch.

Here’s Don and the girls 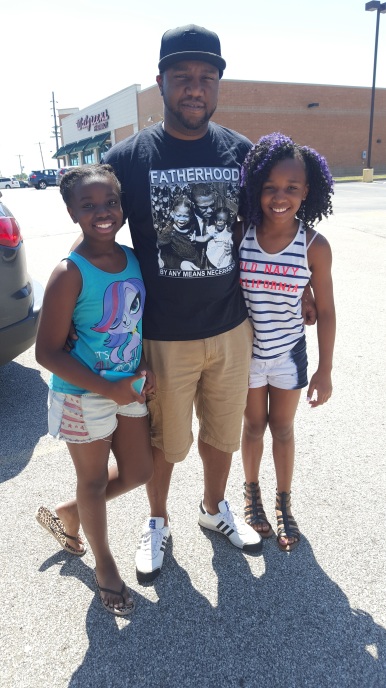 After lunch we headed to do some furniture shopping.  I’d like to say the experience was great be BeBe the salesperson got on my nerves.  She harassed us the entire time we shopped. She said she was just getting back to work after being off 8 months.  She is clearly desperate for a sale.  She ran us out the store.

Here’s a few pics.  The girls having a silly photo shoot on our way out. 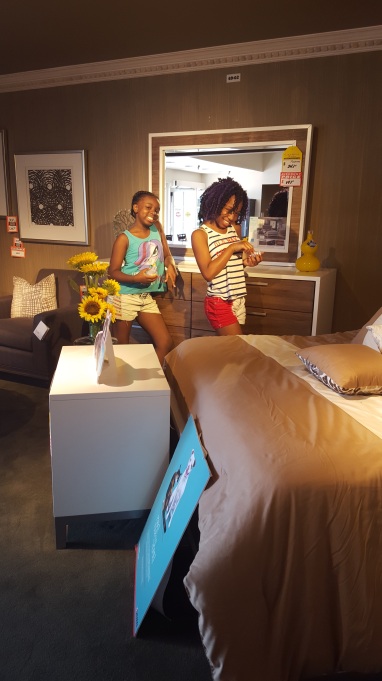 Our next stop was a party store.  I had once educated the girls on spending all their money at Six Flags trying to win a bear when they can just go buy one.  I took this opportunity to show them just how cheap they can be.

Here we are playing around in the party store 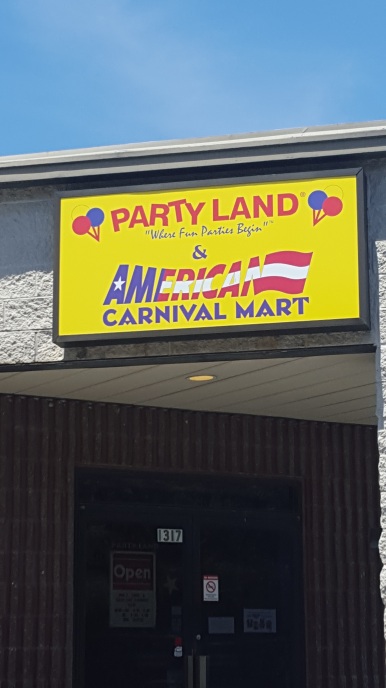 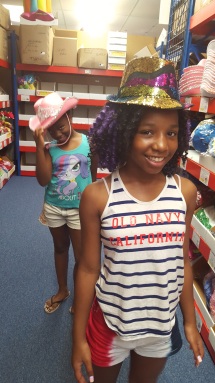 Jurnee purchased a large stuff animal that she didn’t need.  She was just so happy that she could afford it.

We headed home to relax.  We knew we would go back out later to catch Finding Dory.

Here’s a few pictures from the movie theatre

Yep! We convinced Jordan to come with us.

The movie was pretty good.  It was worth the wait for me.  No spoiler here.

The movie theatre was located in a mall so I took the opportunity to pick up a gift for my dad.  The mall is on a decline so there weren’t many options to choose from.  We decided to head to another mall.  Don wanted to find a Cleveland Cavaliers hat.  No luck.

Here are the girls shopping in their favorite store Justice

They conveniently left their money at home again. I was suckered into buying them matching necklaces and bracelets.  As if we didn’t get suckered enough, Jordan decided to shop for new shoes .  Don and I are so weak and I think they know it.  We actually came to do Father’s Day shopping but somehow the kids leave with more.  I was able to complete my Father’s Day shopping and we headed home.

Sunday morning, Don was treated to breakfast in bed.  I don’t think he swallowed his last bite before he started telling everyone to get ready.  He wanted to catch an early movie.

Up and out early 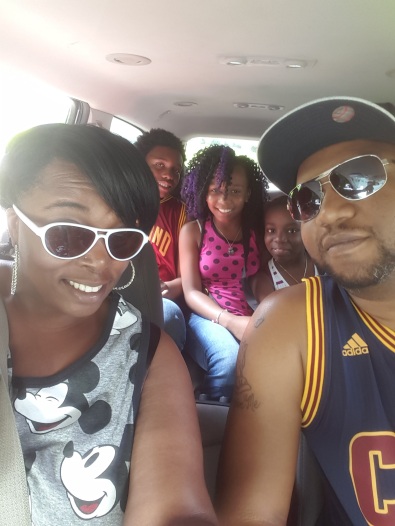 Central Intelligence was on our list of movies to see.  The movie was hilarious.

Here’s Don and the kids afterwards..they didn’t like this picture

We decided against all the popcorn, pretzels, and sodas because we knew we wanted to take Don out for lunch.

Chimi’s Fresh Mex was our choice for lunch.  It helped that we had a Groupon.  We get them regularly because we love eating Mexican with the kids. 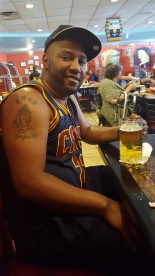 Sunday night was Game 7 of the NBA finals.  Don and Jordan are huge Lebron James fan..hence the jerseys.

Thankfully they won a very close game.  It was one of the best playoff games I’ve ever watched.

A fun and busy weekend was over.  Whew!

Published by Watering Our Seeds

View all posts by Watering Our Seeds