We’ve been waiting…..here is our experience at Six Flags Holiday in the Park.

This year we purchased Six Flags season passes for our family.  We had no idea at the time that this would be the first year for Holiday in the Park.  This was truly an added bonus.  We planned to go on the first day no matter what.  This is hands down my favorite time of year.  The time when people are more kind and giving.  These holidays also tend to bring families together.  I said all that to say, I was a tad bit more excited than the kids.

We arrived at the park before dark.  As we pulled up, Jada said this could either be a good idea or a bad idea (going the first day).  It turned out to be a great idea.  The park was not crowded at all although it filled in more closer to dark. 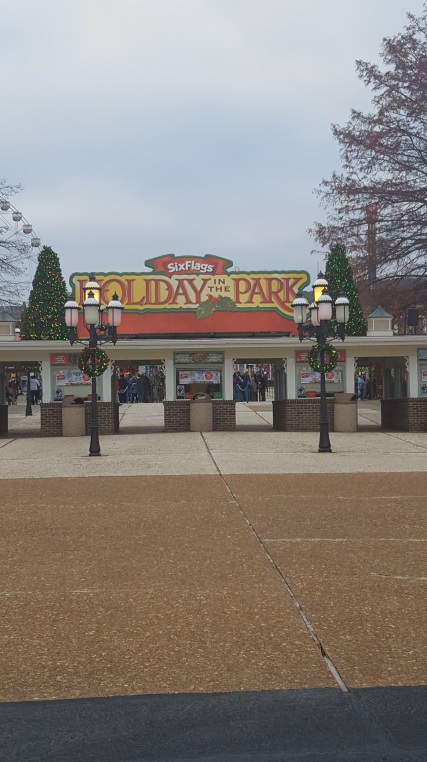 Our pictures before dark… 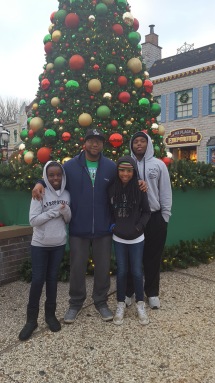 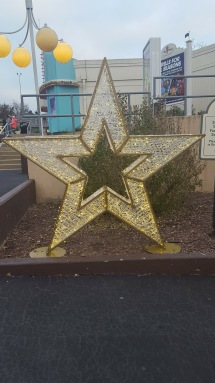 As the sun set… 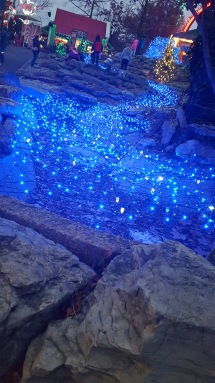 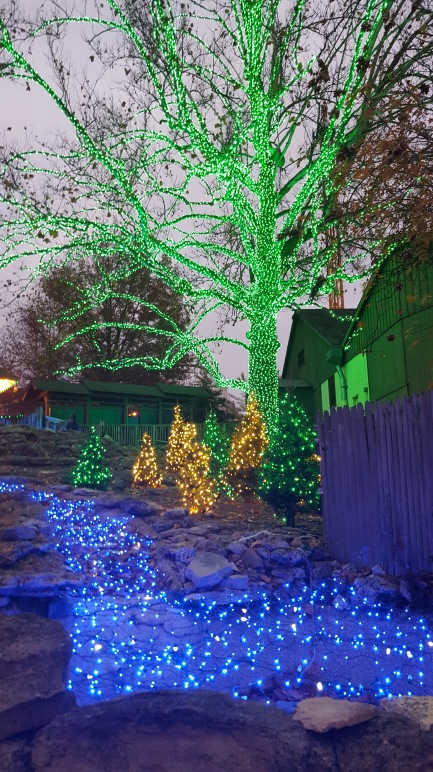 Me and the kiddos….

The decorations and costumes were so perrrrty!!!! 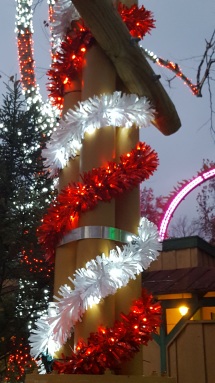 I stalked these trees while waiting for my hot chocolate.  They turned so many different colors. 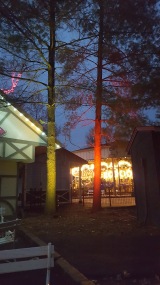 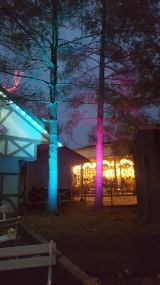 Warming up by the heaters…. 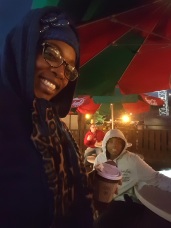 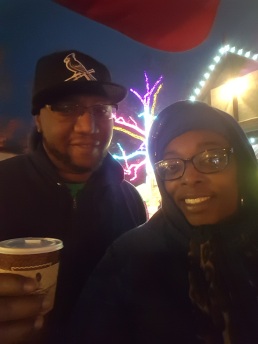 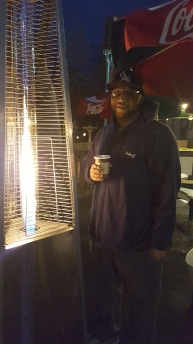 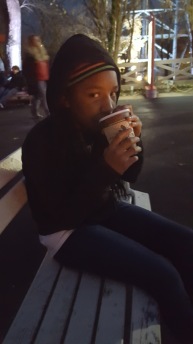 Off to see more decorations…. 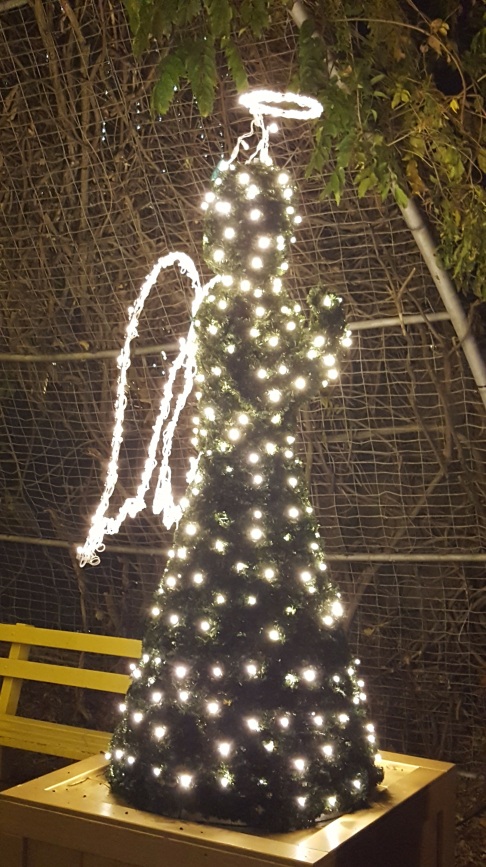 This picture is a little blurry but the tree was pretty!!! 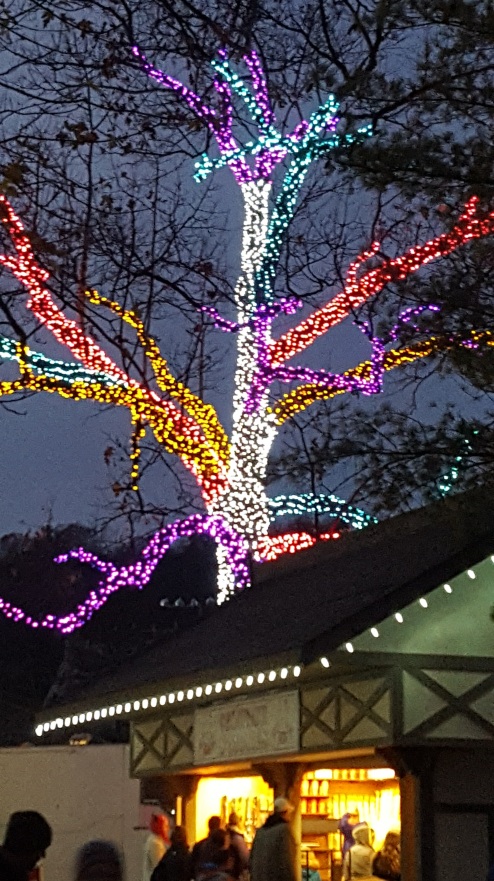 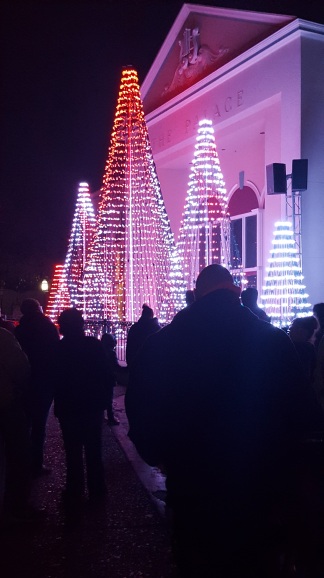 Then we discovered the firepits…Yes it was cold!!! 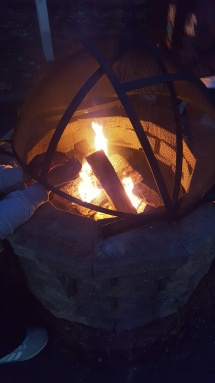 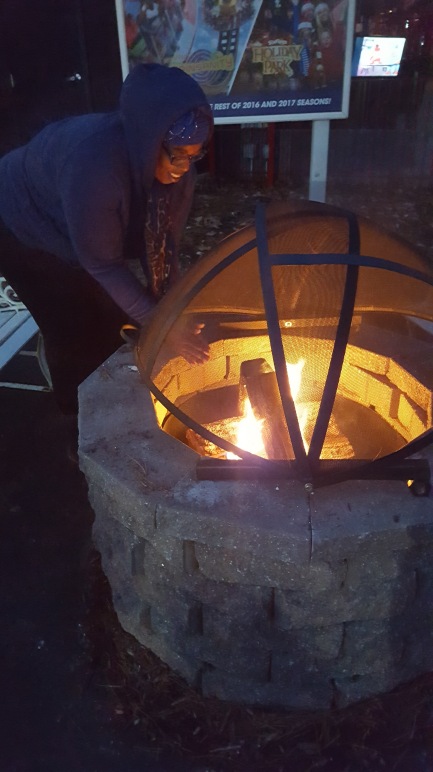 This little guy is waiting in the store where they have all the Christmas goodies you can think of…be prepared to be tempted.

All the Christmas merchandise… 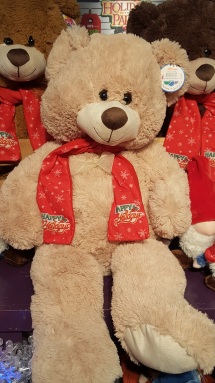 A few more pictures before we headed out… 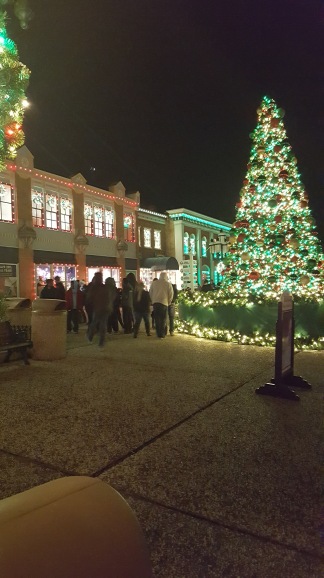 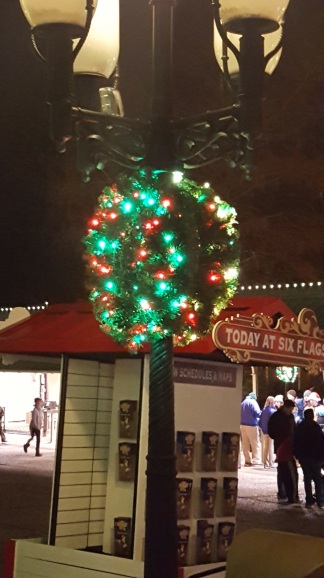 There is so much more to see that a photo cannot capture.  There is Christmas music playing as you make your way through the park.  They also have Christmas carolers as well as shows.  Many of the rides were open but closed after dark. I’m not sure if it was the drop in temperature or if they didn’t have enough staff to cover all the rides.  Either way….we had a blast and look forward to visiting again before the season ends.  I highly recommend this experience for everyone.

All photos were captured/owned by Erica Johnson