Each year we select a place for the kids to enjoy their Spring Break.  This past Christmas, Jordan received tickets to see the Cleveland Cavaliers because his favorite player is Lebron James.  The girls and I would tag along knowing we would find some fun girly things to do.

We left early Thursday morning and arrived in Cleveland around 4pm.  We grabbed a bite to eat before checking into the hotel.  We stayed at the Sheraton Cleveland Airport Hotel.  Our rooms actually overlooked the Cleveland Hopkins International Airport so we were able to watch planes arriving and departing from our windows.  We knew Thursday would be our relax day after making the 8 hour drive.  The girls could barely let their food digest before they wanted to swim.  A hour or so later we made our way down to the pool area.  Jordan stayed behind because he was not feeling well.  He started coming down with something the night before.   Luckily, there was no one else in the pool area.  Don and the girls enjoyed the entire pool alone.  We stayed for about an hour before we made our way back to our rooms.  I guess Jordan was feeling a little better because he requested that we see the huge Lebron James sign on the side of the Sherwin Williams building in downtown Cleveland.  We thought it was a good idea because we wanted to get a feel for their downtown area before the night of the game.  We made the short 20 minute drive downtown and we located parking about two blocks from the sign.  We took pictures and did a little sightseeing.  On our way back to the hotel we stopped at Olive Garden for a late dinner.

Here’s a few pictures from our first day 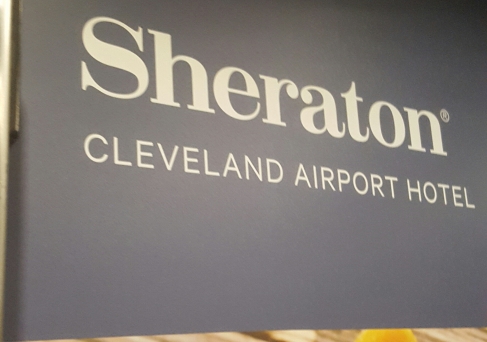 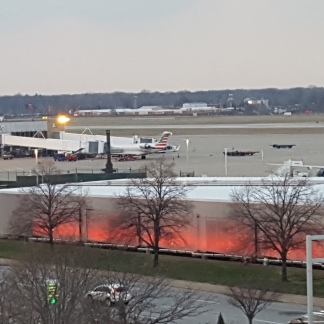 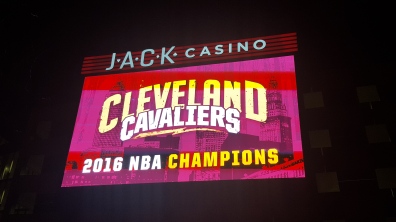 We slept in until around 9:30am.  This is considered sleeping in for us.  Don and I have been on slight health kick so we headed to the gym while the girls swam in the pool nearby.  Shortly afterwards we went back to the room to get ready for our day.  We had a few things planned.  I did a little research and found Steve’s Gyros, a restaurant featured on Food Network’s Man vs. Food.  It was located inside the Westside Market and they have a reputation for having large crowds.  We arrived at the Market a little after noon.  There were only 5 people in line ahead of us which meant we selected the perfect time.  We purchased a gyro for each of us and located a bench just outside to sit and enjoy.  It wasn’t long before the pigeons discovered us.  They were so close that I found myself kicking a few because they would not go away.  That was our sign…we headed for the car.  We wanted to see Lake Erie because we always enjoy visiting Lake Michigan while in Chicago.  On our way, we spotted a pretty cool Prince mural.  I had Don pull over so I could take a few pictures.  We then headed toward Lake Erie.  Much to our surprise it was nothing like Lake Michigan.  I would compare it more to the muddy Mississippi.  We were not impressed.  We stood around for a few minutes then made our way to the Great Northern Mall.  Most of the shopping was done by the boys.  They both picked up a pair of Lebron James tennis shoes and Don grabbed him a new Cleveland Cavaliers hat.  The girls were a little salty but I knew we would come back the next day while the boys were at the game.  We arrived back at the hotel about 7pm, where we watched the UCLA vs. Kentucky game.  It was a pretty close game but Kentucky pulled it off.  Don decided to order pizza and wings from Kicker’s Pizza.  It was really good.

Saturday was officially game day for the boys.  Don and I went to the gym again while the girls enjoyed the pool.  We chilled the rest of the morning.  We planned on enjoying dinner together downtown before we dropped the boys off.  We arrived downtown around 3:30pm and could not locate any parking.  We drove around a half hour before I suggested we let the boys enjoy food together near the arena while the girls and I grabbed food near the mall.  We dropped the boys off across the street from the arena and headed towards the mall.  There was a Chili’s right across the street so the girls and I enjoyed dinner together there.  Afterwards we went for pedicures in the mall.  We seemed to have perfect timing at both places.  They both were empty when we arrived but crowded by the time we left.  Jurnee really wanted to see Beauty and the Beast and we happened to finish our pedicures 45 minutes before the show started.  That was still not enough time to get good seats at the show.  We ended up foregoing the movie and did a little shopping instead.  I knew the girls were a little jealous that the boys had gotten shoes.  I knew they were going to con their way into getting some too.  I was not going for it.  We called Don and of course they convinced him.  Jurnee grabbed her some navy blue and pink Huraches while Jada decided on rose gold and white Adidas.  The good thing about it is, they finally wear the same size shoes as me.  It was like me getting two new pair of shoes.   After walking the mall for a while we went back to the hotel to watch the Cavs play the Wizards.  They were getting beat the whole game and I knew Don and Jordan would be pissed.  The girls and I tidied up our rooms before we headed back downtown to pick up the guys.  They weren’t as upset as we thought.  They really enjoyed their time together and seeing Lebron in person.  I was so excited for them. 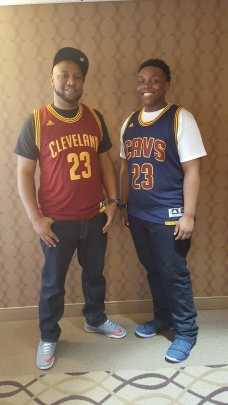 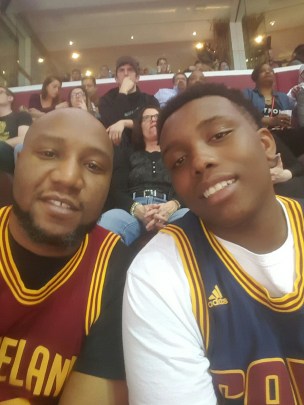 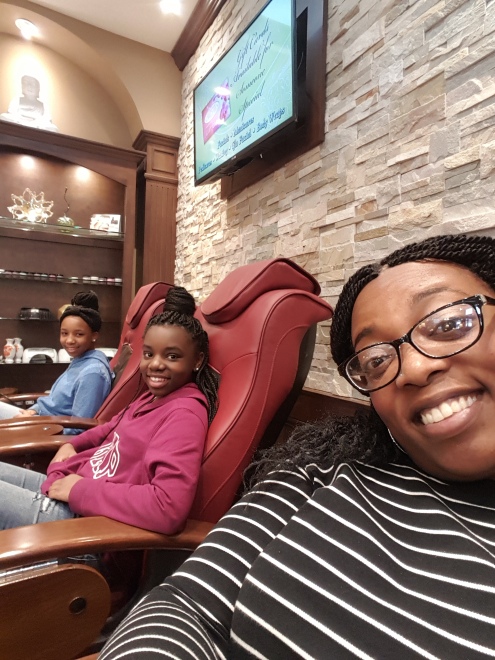 We all laid around until 10:30am.  We showered, packed up our belongings, and were on the road by noon.  We filled up the tank and grabbed some Burger King before we jumped on the highway.  We arrived home around 6:45pm.  I was happy, Don was happy, and the kids were happy.  It was another successful Spring Break vacation. 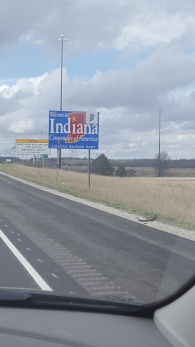 My overall opinion of Cleveland is it was just ok.  It wasn’t a lot of excitement there.  They have the Rock n Roll Hall of Fame and the NFL Hall of Fame nearby.  We weren’t really interested in either plus the price was more than we wanted to pay.  Lake Erie wasn’t very pleasing to the eye.  The boys would love to go back but I suggested they see Lebron in another city where there is a little more going on.  Because the city wasn’t the most exciting, I will say we actually got time to rest on this vacation.  Rest is always needed because we stay on the go.

Stay tuned for our summer vacation. It will be a lot more exciting.

One thought on “Spring Break in Cleveland”